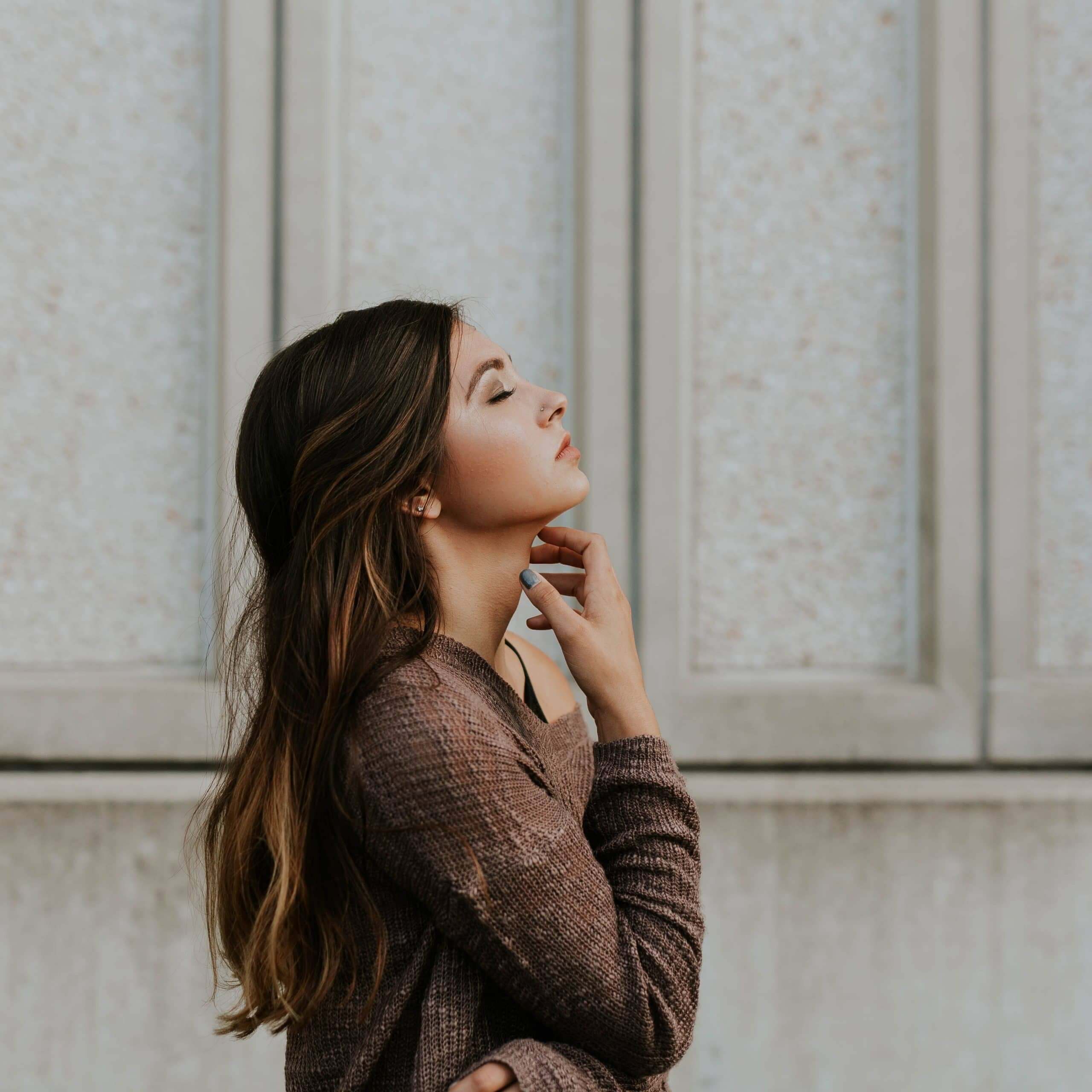 Why Am I Drawn to Cemeteries?

Why am I drawn to cemeteries? Great question, and it’s more commonly asked than you might think! Don’t worry — you’re totally not alone, you’re not a weirdo, and there are loads of very different reasons why you’re drawn to them!

MORE: Why Am I So Fascinated By Trees?

Maybe someone who is stuck between the Earth plane and the other side wants to show or tell you something. This often happens to people who possess mediumistic abilities.

Are you perhaps drawn to a particular headstone? Or an area within the cemetery? If so, that may be the resting place for the particular person who has identified you as someone who can help them and they’re trying to get a message through to you.

People get stuck between the Earth plane and Spirit side for all kinds of reasons. Just like living people, Spirits are completely unique with their own personal ideas, preferences, norms, values, and reasons for staying on Earth. Who you are in the physical world doesn’t change once you leave your physical body.

Plenty of natural Mediums don’t know that they’re Mediums and might  brush off any messages or visions they receive as coincidences or mere odd occurrences.

However, chances are, if you had an imaginary friend, saw ghosts or dead people as if they were still living when you were a kid, you posses some Mediumistic abilities. These abilities can fade as a Medium ages. Very few Mediums are completely aware that they’re Mediums and go on to develop their abilities as adults.

However, whether or not you know you’re a Medium, you’ll still possess some degree of mediumship and you’ll be able to communicate with Spirits. They’ll still see you pop out amongst crowds of people because those who are gifted with psychic and Mediumistic abilities, shine to Spirits.

You’re being subconsciously drawn there

You might be subconsciously be drawn to cemeteries by your Spirit guides or Angels, specifically because you need to be made aware of something. What that something might be, I can’t say.

It could be that an old relative buried there wishes you to take better care of their grave (although most people in Spirit don’t care too much or at all about such things), or perhaps your angels are just hinting that you could do with some time alone — and that can be done anywhere, it doesn’t need to be in a graveyard.

The possible reasons will be virtually endless so I’d suggest seeing if you can spot what they might be trying to tell you by using your intuition. To hear divine guidance better, I would definitely recommend meditation and asking them what they’re trying to communicate to you. An answer will probably, immediately pop into your mind.

The Spirits there keep drawing you back

Some Spirits feel stuck to their place of rest. In reality, they can move on, if they ask for divine guidance but they may also be fearful of what’s on the other side. When people go there, especially sensitive people, stuck Spirits might feel comforted by their presence.

Psychic links can form between Spirits and the living and the living can subconsciously feel when the Spirt is feeling down and wishes to have them around again.

I know that all sounds very woo-woo (and a tad scary!) but from a spiritual understanding, this can happen. It’s just one explanation of many as to why you might be drawn to graveyards, however. It absolutely doesn’t mean that this is the reason for you.

You can be truly alone there

If you’re after some time completely to yourself, without any pets, kids, partners, or relatives around, you can find it in a cemetery. Sure, you an also go to a park, but that will typically have some bikes riding around, kids playing and so on.

We live in such a hectic, fast paced world and if you live in a big City, a few minutes alone will really help you to unwind and gather your thoughts. The simplest explanation as to why you feel drawn to very quiet places such as cemeteries may be that you just need some quiet time outdoors with fresh air and some greenery.

They remind you of your mortality

And the fragility and brief time you have here on Earth in the physical world. This might be a conscious or subconscious reminder.

If it’s a conscious reminder, you might knowingly go there specifically to leave feeling lucky and happy to be alive.

If it’s subconscious, you might just often leave feeling somewhat uplifted, refreshed, and as if everything is going to be OK.

It’s so easy to forget just how lucky we are to be alive and well because most of the time we’re just going about our daily chores and routines. It’s definitely something to write down in a gratitude journal if you’re into journalling.

You enjoyed spending time in them in a previous life

In Victorian times, people were fascinated with the other side and in the absence of modern sources of information and entertainment about it, such as YouTube and Netflix, they would often come up with their own entertainment.

They would hold group seances and perform Tarot readings, or hire Psychics and Mediums to give them and their guests readings during their dinner parties.

But they also used to enjoy having lunch in cemeteries too. They’d pack their cucumber sandwiches and pop down to their local graveyard to eat them.

It’s probably a long shot but maybe you used to enjoy spending time with friends and family in cemeteries in a previous incarnation. You might be drawn to them today because you subconsciously recall the good times you had in them.

People with strong Scorpio placements in their astrological charts, such as a Scorpio Sun, Scorpio Moon, or Scorpio Mars placement, might feel a little more connected to the occult and to the other side than others.

Why? Scorpio is ruled by Pluto, the planet that rules the underworld and the hidden (as well as wealth, materialism and riches). Scorpios are known to be deep thinkers, truth seekers, and emotionally sensitive (being a water sign).

They’re often intrigued by the unknown and for many people, what lies beyond life in the physical world on Earth is entirely unknown. So if you’re a Scorpio, it’s only natural that you would be interested in what lies beyond the veil and drawn to mysterious places such as cemeteries.

If you don’t know what your astrological chart looks like, you can look it up here without any strings attached (it’s totally free). It’s actually rather fascinating to take a look at your own chart and the charts of other people you know because you can understand yourself and others better through them — if you believe that astrology holds any value that is, of course!

You knew someone who was buried there

And that might even be yourself in a previous incarnation! If you believe that we live over and over again, then it could be possible that someone close to you such as a dear friend, who is buried in that location.

You wouldn’t be consciously aware of this, however, your subconscious mind and your Soul would be and that might keep you going back to the same place time and time again.

Perhaps you find inspiration in the beauty of the headstones, statues, and mausoleums there. The scripting and carvings on some of them is indeed beautiful.

If you’re an artist, or thinking of becoming one, maybe you simply enjoy observing the artwork and design, some of which is elaborate and incorporates the use of various, stunning materials such as marble and alabaster.

Spending time in nature is pretty tricky in a City. You can go to a park but that might be full of kids and bikes whipping around the place.

Maybe there’s no other reason that you’re drawn to quiet places like graveyards other than that you just enjoy experiencing periods of peace and quiet in nature. Time in nature is great for resetting our minds and recharging our batteries.

We also have the opportunity to ground ourselves when outdoors by connecting with the Earth. Just place your bare feet on the grass for just 10 to 20 minutes and see how you feel afterwards.

Grounding is said to offer numerous benefits such as improve inflammation within the body, reduce stress, and boost immunity. It’s an under-researched topic, however, and many of any such claims have not been scientifically proven as yet.

Wherever you live, you can benefit from the complete silence and stillness of most cemeteries. It’s when we’re alone, and when everything is still and quiet around us that we more able to reflect on our lives.

Maybe you often find yourself walking into cemeteries because it’s your body’s way of letting you know that could probably do with some time alone.

You might consciously or subconsciously know that you also have an accumulation of thoughts and emotions to process and perhaps some important decisions to make regarding your overall life plan.

Just a word of caution about being alone in quiet places

Please be vigilant when you’re in any quiet place, especially when you’re alone in the dark or for long periods of time especially if you’re young or a woman.

Many predators, both men and women, hang around waiting for easy targets who are completely alone and unsuspecting. People have been mugged and worse in such places. Unthinkable and appalling, I know, but it happens.

Another important thing that I’d like to mention is that some people believe that you can leave places like cemeteries (and other places such as hospitals and churches) with Spirits attached to them.

If you’re a spiritual person, I would suggest using something like California sage to cleanse your aura once you’re back home. This should only take a few minutes and it’s worth it to avoid having Spirits lingering in your home or around you 24/7 for the foreseeable future.

A good bit of smudging should remove any Spirits that may have attached themselves to you while you were visiting the cemetery. You can find out how to cleanse your aura (also known as ‘smudging’) with burning sage here.

So, I hoped this article answered your question of why am I drawn to cemeteries? Know that you aren’t alone, either — there are plenty of other just like you!

Hi, I’m Diana. I’ve studied Astrology, Numerology and the Law of Attraction for over a decade. If you’re wondering how to manifest better or what a repeating number means, you’re in the right place.

You cannot copy content of this page
We use cookies to ensure that we give you the best experience on our website. If you continue to use this site we will assume that you are happy with it.Ok