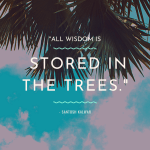 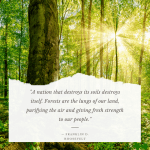 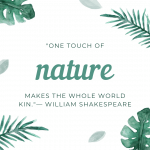 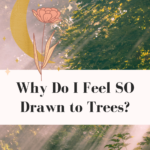 Why am I drawn to trees? Excellent question and one that I’ve also asked myself, whilst looking up at the beautiful Oaks and Redwoods in various parks in my City, usually during Fall with a delicious hot drink in my hand. And, well, what’s not to like about them, really? They’re  wonderful friends of humanity.

They clean our air, some produce delicious fruits and nuts, they look beautiful, many stunning items of furniture are created from them and you almost instantly feel calmer just by looking at them.

Songs and lyrics have been inspired by them and because some species live upwards of hundreds of years, it’s very interesting to think what they’ve seen.

MORE Why Am I Drawn to Someone I Barely Know?

If you’re naturally and inexplicably drawn to trees, it’s most likely, simply because they are absolutely magical.

Oftentimes, the conscious human mind isn’t truly able to comprehend or articulate why they have a magical and ethereal quality to them exactly, we just intuitively know and feel that they are. We just see them and lean against them and feel calmer and enjoy their presence.

Our subconscious minds, however, know much more than our conscious minds and that very much includes why so many of us love them, enjoy being in their company, and why they are so vital for humanity; for our wellbeing and the wellbeing of the animals and the planet itself.

Our subconscious minds know that their energy is of a high vibration and that’s why we are unconsciously often so drawn to them without knowing why. They also emit negative ions which have a calming effect on humans and animals alike.

You might be drawn to things that are old, stable, and wise. Trees appear to stand in such a so strong, wise and confident manner. Many people who often seek wisdom in their lives or who wish to strengthen their own self confidence are drawn to them. At the very least, being in the presence of them in the great outdoors, seems to calm and center us.

You played on or near them as a child

And you subsequently, subconsciously associate them with happy, fun and care-free times. Most of us have had some absolutely awesome experiences with them growing up.

You might have had a treehouse that you loved spending time in alone or playing in with your friends. Or maybe you had a favorite tree that you loved to climb. Once we recall these memories, it’s easy to see why you might continue to enjoy and appreciate them well into adulthood.

They offer a type of escapism

There’s an ethereal quality to trees, especially tall, old ones which offer moments of escapism from reality while being in their presence and observing them. Sitting underneath one and reading a book, for example, can be very calming and therapeutic. Partly because you’re connecting with the Earth and getting lots of fresh air but also because they seem to have a gentle soothing and peaceful aura about them that you can bask in.

Those with significant astrological placements, such as in the star signs of Virgo, Taurus or Capricorn, (particularly in the sign of Virgo), may be drawn to trees a little more so than others.

Virgos in particular are known for their love of nature and more specifically, trees. This might be because they’re natural, graceful, and are said to hold great wisdom in folklore, presumably from all the things they’ve seen during their lengthy lifetimes and all of those qualities appeal to those with lots of Virgo (or Earth) energy in their astrological charts (aka natal charts or birth charts).

They can help to ground you

Yup. Trees provide super quick and easy ways to ground yourself and feel more at peace, merely by touching them. My article on grounding explains what it is and how you can perform it but essentially, to summarise here, grounding is electrically connecting with the earth. Many people claim that it helps them to feel better — both physically and mentally.

This is particularly useful if you live in an area that is largely covered by concrete. Many inner city areas are smothered in concrete, however, streets and playgrounds still have the odd tree planted in them and because their roots run into the Earth, the tree provides a gateway to it.

And just by touching it with your bare hand (or any other bare body part like a foot), you can ground yourself. Give it a shot! All you have to do is connect with the earth for a mere 10 to 20 minutes every day for a week and see how you feel by the end of it.

Their histories are fascinating

If they’re decades or centuries old, you can only wonder at the things they’ve seen and the secrets they hold.

The average oak can live unto 1000 years and the average bristle cone pine in America can live up to whopping 5000 years!

As you know, an awful lot of stuff can happen in the space of 1000 years so it’s no surprise why we might regard them as old and wise — they’re very much both of those things!

It’s also absolutely fascinating to think that exactly were you and your friends might gather to eat lunch now and again under the old oak in your local park, others have been meeting, sitting, gathering, eating, and getting engaged for hundreds of years in all kinds of attire, in all seasons, throughout various battles and wars over the centuries in the exact same spot — and that old oak has seen it all!

It really is amazing food for thought.

You were one yourself

This reason is one of the more eccentric and esoteric explanations as to why you often feel drawn to trees. It won’t go down well with everyone and that’s totally understandable.

Some people believe that the Soul incarnates into all life forms before making its way to human form. It may have been that your Soul spent some time as a tree and greatly enjoyed it!

As mentioned above, the species that live for centuries or better still, thousands of years in particular, get to see a great deal. Obviously, their interaction with humans is pretty limited but they may still be able to observe the world around them through their own senses and consciousness.

They can also apparently communicate between themselves as discussed in this absolutely fascinating TED Talk.

So, if you were one in a previous incarnation, you may have really enjoyed your time in that lifetime and being around them may subconsciously evoke enjoyable memories from that incarnation!

Totally wacky and woo-woo, I know, but perhaps it’s possible! Who knows.

You need to take more time out

Listening to the gentle rustling noise of leaves in the wind is so relaxing. Those asking themselves why they’re so drawn to nature might find that they could really benefit from some more down time.

Our bodies sometimes communicate what we need to us in strange ways. If you’re feeling tired physically or even just mentally or spiritually, spending some more time in nature or alone somewhere, doing something relaxing that you enjoy might be just what you need.

Some people believe that everything in this Universe is all one; that we all originate from the same one source (God, also known as Creation, Spirit or Source). As our species continues to develop mentally, emotionally and spiritually, many of us are realizing that nature and this planet is really important and that we can’t survive without it — literally.

We’re realizing that we need to reduce plastic waste, clean up our oceans, recycle more, and take better care of our environment in general. At the same time, we’re also appreciating nature far more, and that includes recognizing the immense value our woodlands hold for humanity.

You can send messages through them

It’s said by many of those who follow New Age spirituality that you can send a message to anyone, anywhere else in the world, by just touching a tree and mentally reciting your message to it whilst holding a picture of the recipient in your mind’s eye.

I’ve personally tried this myself a couple of times. I believe the subconscious mind of the recipient received the message because the poor situation between us simmered down and our friendship resumed sometime after.

Give it a go yourself if you like and see what happens. It’ll only take a minute and it’s free — and kind of fun to do!

Being drawn to trees is totally natural

As humans, we belong to the Earth just like everything else in nature. We are all intrinsically linked so it’s only natural to be drawn to trees, waterfalls, mountains and other natural formations.

Some beautiful quotes about forest, woodlands, and nature…

So, if you’ve been asking yourself recently, “why am I drawn to trees?”, hopefully this article has offered some decent, possible reasons!

5 shares
Previous Post: « 321 Angel Number: A Countdown to a Fresh Start
Next Post: Why Am I Drawn to Cemeteries? »