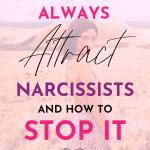 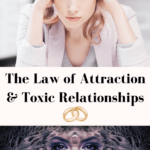 Victims of narcissistic abuse can lose their life savings, homes, mutual friends and family members who side with the narcissist and so much more.

They also stand to develop physical illnesses such as chronic fatigue syndrome as interacting with them be so incredibly draining.

Your sanity and peace of mind may be very heavily impacted and your trust in humanity as a whole can vanish completely.

The most toxic part of the narcissistic personality is their overwhelming lack of genuine empathy.

Emotionally healthy people usually don’t lie, cheat, hurt, or steal from others because they possess empathy. Since narcissists often lack empathy to a very high degree, there is nothing to prevent them from doing all of the above and more — with perfect ease.

They are perfectly able — and often absolutely willing, to run roughshod over anyone who stands in their way or even mildly criticizes them. Oftentimes, there are no limits to what they might say or do, to get their way or level out the playing field as they see fit.

During the course of your relationship, you may have experienced any or all of the following; love-bombing, gaslighting, manipulation, devaluation and finally, discard. It may have felt as if you were thrown away as effortlessly as yesterday’s newspaper, only to potentially be ‘hoovered’ later on with false promises and apologies from the narcissist for further narcissistic supply.

My Personal Story with Narcissism

I’ll certainly be oversharing below and I hope that what I’ve written doesn’t make you don’t feel too uncomfortable.

I really want to help those who have been through narcissistic abuse to the best of my ability and I think sharing my story might help with that.

Before I met my last two ex fiancés, I had never even heard of Narcissistic Personality Disorder. I only ever heard of narcissism in passing and from then on, in my mind, I would automatically apply the label to brash older men working in fields like finance, or women who liked to spend excessive amounts of time on their appearance.

With both of my previous exes, we cycled through all the classic stages of a narcissistic relationship quite quickly and I was left feeling extremely tired, confused, used, foolish and worthless.

I couldn’t understand what was so awful about me that lead two men in a row to treat me so appallingly and then effortlessly throw me away.

My friends were getting married and having babies and I felt left behind. It seemed as though no matter how hard I tried to create a good and healthy relationship with someone, I would usually wind up being in a relationship with yet another self-absorbed narcissist.

I was 32 when my last relationship ended. By that point, I was at my wit’s end. I was completely convinced that I simply wasn’t good enough for a happy, lasting relationship. Relationships were evidently for other women who were better than me; better looking, smarter, and better off financially.

I deeply desired a mutually fulfilling, loving relationship but the confusing, weird and ultimately, horrible relationships I seemed to consistently get myself into just left me feeling worthless and empty — and always put me firmly back to square one as a lonely person.

So what was the point of finding someone new if I knew what the result would be in advance? Even my dates seemed toxic and self-centered!

I was physically, mentally and spiritually exhausted from all the narcissistic energy that had been in my life. I had essentially given up on the prospect of finding love and fulfillment with a partner. I often found myself thinking that it might be best to grow old by myself in a small apartment somewhere in the suburbs. At least there, I would be left in peace and never manipulated, used or discarded again.

Fast forward a couple of years and I mostly attract emotionally healthy, happy, and good-natured people — including dates!

I’ll tell you below how I did it, but first, I want to talk about why some people seem to be magnets for abusive people.

Here’s Why Some People Are Magnets For Narcissists

We tend to attract narcissists if we received abuse when growing up so you may have experienced some kind of abuse during your younger years.

If you didn’t, then it could have been in a past lifetime. If you don’t believe in past lives, that’s absolutely fine. It may very well have been in this lifetime and forgotten about or blocked out when you were very young.

Growing up, my extended family was deeply narcissistic. As a child, I was overly criticized, very rarely shown any affection by them, and mostly ignored and gaslighted. My mother was and still is, supportive, but when I was growing up, she could be excessively critical and quite distant at times. My Father was far more distant.

As I moved through life, I effortlessly attracted narcissists in abundance; boyfriends, friends, work colleagues and bosses, strangers, clients and even narcissistic customers (when I had an eBay shop).

I sincerely thought that the majority of the world was a cold, selfish and unfriendly place that was brimming with self-absorbed, self-serving, self-obsessed people. It never even occurred to me that the world could actually hold an abundance of genuine, balanced, loving, caring people in it.

Then, one day many years ago, I was watching a video on YouTube about something called the ‘Law of Attraction’. At first, I thought it was a load of New Age hogwash but I was intrigued to learn more about it and studying it further eventually lead me to discover how we create our realities via our subconscious beliefs, programs and thoughts.

This lead me to the ultimate realization about the toxic energy in my life: I had to look at my OWN vibration, thoughts and subconscious beliefs about myself and others if I was to understand why I kept on attracting so many unpleasant people.

I realized that the reason other people seemed to consistently attract much nicer, kinder, and healthier people into their lives was because they weren’t in vibrational alignment with the energy of narcissism.

I definitely was — and to a high degree.

I subsequently became fascinated by this understanding and researched what I could do to fall out of alignment with the vibration.

What Can Be Done About It

Cease being an energetic match for these people who, for the most part, can’t be helped.

If you don’t, they will keep on turning up in your life over and over again. And you deserve a life with someone who will respect you and value your needs and feelings just as much as their own.

Here’s how you can go about changing your vibration:

Many people who attract narcissists are empaths and co-dependants who failed to receive adequate love and care when they were children. They weren’t able to develop self-love and healthy emotional boundaries.

I strongly believe there is a lesson to be learned for empaths and generally kind people with poor boundaries who attract excessive amounts of narcissism into their lives. And that lesson is to achieve a state of self-love, care, respect, and assertion.

Narcissistic people can’t stand those who they aren’t able to manipulate.

Having firm boundaries and self-love will act as a repellant for them so practice the following on a regular basis:

Self Care & Self Love

Take time out on a regular basis for yourself. Even if it’s something like an hour-long bath with a really nice bath bomb or a hot mug of cocoa a couple of evenings a week with a good film or book.

Take care of your physical appearance on a regular basis if that’s something that resonates with you. Paint your nails if you wish, style your hair, buy some nice new clothes or shoes.

Do people push your boundaries? The next time someone is rude or curt with you, try to explain to them in a calm, clear and concise manner why what they just said or did was unfair or unacceptable. This is something I only learned to do recently as before I would either apologize, overreact, or leave.

And if you feel like you’re being forced to do something you feel is inappropriate for you, and you’re able to, just say no.

You can express yourself. Don’t ever fear standing up for yourself and speaking out.

For example, if you vote in an unpopular way, don’t worry about telling your friends if they ask you. Don’t fear their reactions. Genuine and healthy friends will always respect your right to vote whichever way you like. They might not like it (and that’s fine and perfectly healthy) but they should respect you — and never berate you.

It’s quite common to go from being timid and people-pleasing to overreact to perceived boundary-pushing by being too distant or even confrontational. I have seen many people who were abused as children take years to find balance but many eventually do.

Some Important Points About Narcissism

The bottom line is:

Don’t waste your precious time on this wonderful planet. Find others who will reciprocate your good intentions and love.

There are plenty of sincere and good-natured people out there waiting to meet you, to fall in love with, and to build strong, healthy relationships and friendships with.

Even if you’re currently in a relationship with a toxic individual or experiencing toxic connections at work, with family or friends, you can still heal from their abuse and forgive them. The aim would be to not be so adversely affected by their energies anymore and you might even find that they naturally somehow drop out of your life a little further down the line.

To this day, I’m not completely certain why I was such a powerful magnet for dysfunctional people.

Perhaps it was because I had an unwavering subconscious desire to help heal damaged people. Many empaths and co-dependents seem to possess this innate urge.

Either way, I’m confident that a lesson had to be learned and healing needed to take place in order for me to move forward on my spiritual path and attract healthier people.

You can, and will, attract happier and kinder people into your reality once you heal and forgive too. I genuinely wish that for you.

Hi there! I'm Diana. Nice to see you and thanks for stopping by. I'm currently working on escaping the 9 to 5 grind while writing about stuff that makes people happy!
Find me on Pinterest here
Find me on Instagram here
Find me on Facebook here 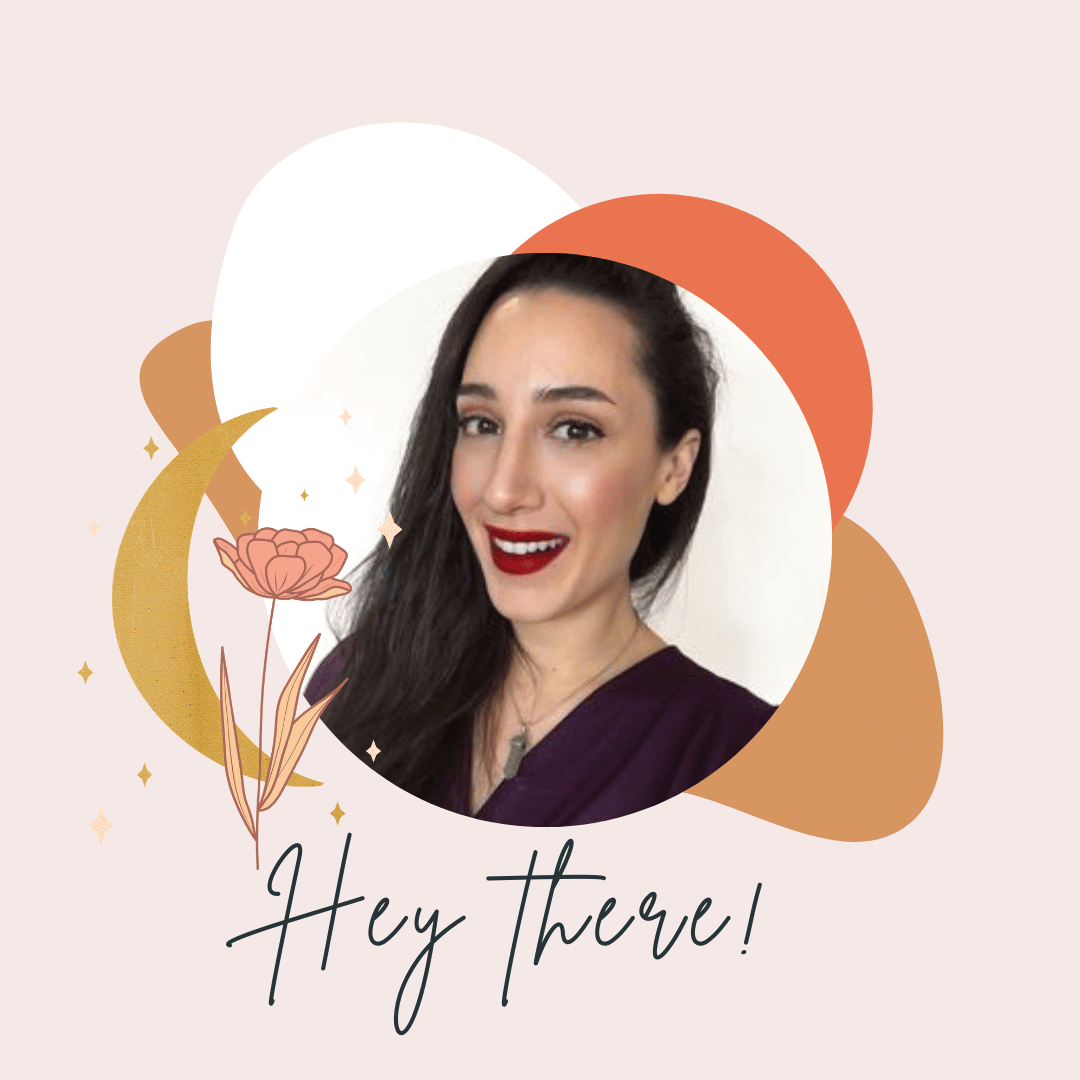