You will never know that you’re in the company of a scorpio moon woman unless you get close to her. Whatever her sun or rising sign may be, she’ll always keep her true self hidden from you.

And that’s because the nature of scorpio is highly secretive and intensely sensitive. Letting others know who she really is could possibly result in them using that information to harm her later on so she prefers to keep herself to herself.

If you persevere with her, however, you’ll see who she really is and you’ll probably end up with a true friend or partner for life.

Planetary bodies indeed have the ability to influence who we are and how we interact with the world around us but before we dive into this article, I want to mention that we also have the power to change any negative behavioural patterns if we desire to do so.

Anyone with a strong scorpionic placement in their astrological chart who has surpassed the traits of the lowest sign within the sign of scorpio (the scorpion) will have a much calmer inner landscape. Those who are still working their way up the ladder of spirituality will be prone to inner turmoil.

AND, depending on other placements in her natal chart, she may feel hugely conflicted and confused at times. The nature of Scorpio is deeply secretive, super sensitive and easily wounded. Yet, if her sun or rising sign is in a fire or air sign, she might feel really conflicted at times as the natures as so opposed.

Phew! I just wanted to make all that clear because a lot of what I write below may or may not resonate with you as being true because it depends on where the person is in terms of their development.

Always take the whole chart into consideration boys and girls!

RELATED: Why The Moon in Aries Woman Is On Fire

She Feels Everything Immensely Deeply

Scorpio sun signs are deep but when your emotions are influenced by the sign of Scorpio, you’re looking at someone who is just, well, possibly more emotional than you might ever be able to imagine (unless you have this placement too, of course).

She feels things so intensely, whatever they may be. Whatever external and internal stimuli she may experience, she’ll have a strong reaction to it because she always feels so impacted by it.

While someone with an air, earth or fire moon sign might be able to recover quickly from an emotional wound, a scorpio moon woman will hide away

Some people might view her as being dramatic or overly sensitive but she just feels everything so deeply that sometimes just being in the world and performing daily tasks can be challenging enough.

You can trust her

Until the very end. She will keep all of your deepest and darkest secrets under proverbial lock and key. Even if you argue with her, she still won’t be inclined to reveal your secrets to anyone.

As much as you might trust her, however, she might not trust you. It might take years upon years of knowing her for her to open up and reveal who she really is and let you in. But once you’re in, it’ll be worth it.

Nothing gets past these people. They’re like human lie-detectors and I’m sure you’ve heard that before because it’s such a common trait amongst lunar Scorpios.

Empty compliments, one dimensional people and shallow chit-chat and gossip just isn’t her thing. The vacuity of that kind of stuff annoys her and she may even feel disgusted by it. She empathises with those who are being bad mouthed in front of others. Small minded people, shallow, unhappy people will never get close to her.

Don’t be surprised if she also quickly calls you out on your BS. As sensitive as they are, scorpio moons are also remarkably direct people and when they feel someone is in the wrong, they won’t hesitate a single second to make that crystal clear.

Just like lunar Aquarians, she’s a devout humanitarian. She genuinely cares about other people and the planet at large. While those with their moon in Aquarius might be more concerned with the wellbeing and development of the species, the lunar scorpio is more concerned how her nearest and dearest friends and family members are doing.

Her concerns for the wellbeing runs deep and she won’t hesitate to wear her heart on her sleeve for them. She’ll be open about how much she loves them.

Loving someone deeply is totally possible

They are plenty capable of experiencing deep emotions and that means they are completely capable and willing, of loving someone deeply. That goes for anyone they care about — friends, family and of course, a partner.

They love so hard and their love is lasting. They don’t get bored of partners quickly and breakups can wound them deeply for years and years afterwards.

She stands firm in her beliefs

When she thinks she’s right, she probably is as Scorpio has the power of seeing through things and people like no other sign.

But whether she’s right or not, she will stand strong in whatever she believes. And she’ll pretty quickly come to a conslcuopn, too. She will not be swayed by anyone else’s opinion in the near or distant future.

She’ll make some swift conclusions about people and situations and

She’ll cut you off if you hurt her

Because she feels things so deeply, many times, her only choice is to cut out people and situations that hurt her. She won’t see any other option because the risk of being hurt all over again is just too high for her to take.

Don’t play with her heart if you want to have her in your life as a friend or a partner. She won’t stick around for long if you don’t treat her with respect and care.

She may come across as overtly dramatic

She isn’t necessarily drawn to drama like someone with a strong Leo placement is. Being in the spotlight is unlikely to be her dream come true, even if her sun sign is Leo.

Again, it’s because she feels so deeply that she might come off as a little over dramatic. But she doesn’t mean to.

However, this stems purely from being an incredibly emotional person and feeling easily overwhelmed and exhausted by the intense inner thoughts and feelings she experiences all the time.

Fiery personalities aren’t just resaved for the fire signs! People with strong Scorpio placements are often mistaken for fire signs. Scorpio might be a water sign but it’s also an immensely powerful and passionate sign that governs the genitals and is ruled by Mars; the planet known as the God of War and the most intense planet in our solar system.

Her emotions are kept under control

She’s a magnet for the wounded

She’s a natural healer and super loyal so people who are suffering or who have experienced traumatic events in their lives will be automatically drawn to her. They might tell her all their innermost secrets even though they barely know her and that might come across as really bizarre to her.

She might not know that she’s a natural healer but she absolutely is. And to heal others, all she has to do is listen to them. By merely listening to someone who is wounded, she’s showing care and compassion and that can really help someone to overcome difficult experiences.

If she has something to say to you, or about anything, she’ll say it. She won’t be able to keep it in. Some people might consider her tactless at times but it’s more that she just has to get what’s annoying her off her chest.

You’ll always know where you stand with her as a result but this kind of behaviour can hurt sensitive types. If you’re easily hurt, I would avoid asking anyone with a significant Scorpio placement what their opinion on something is. They will tell you exactly what they think and they won’t hold back.

Remember that they’re super, duper sensitive. Trust is so important to them. It takes ages for trust to build between you and her but if you break the trust between you,

She’s drawn to the dark arts

She thoroughly enjoys her time alone

Being around others can be really draining for her, emotionally and energetically. So she prefers spending time alone, in nature, or in her bedroom. An ideal evening might include a yummy herbal tea, a bunch of candles around her bed, ethereal music playing and tarot cards.

She finds she can truly relax and recuperate when alone.

She has a penchant for dark music, dark art work, even dark colored surroundings and decor.

She might really enjoy a gothic or otherwise alternative lifestyle.

She might view herself as a good hearted person, and she probably really is, but she’ll just naturally be drawn to

Focus is this woman’s forte

These women are hella goal orientated.

It doesn’t matter how long it takes to achieve something they deeply desire — they will plan, focus, work hard and hustle until they get it. Even if it takes literally years to get to where they want to be in life, or be with someone they really desire, they will more than likely succeed in their endeavours.

Girl, you are deep AF

As someone with a lot of Virgo in their natal chart, I find using ‘AF’ to describe anything pretty vulgar to be honest, but there’s honestly no better way to emphasise how deep you are!

And that’s just one of the many reasons why people are drawn to you and end up falling in love with you. Where would the world be without deep thinkers and deep feelers? Our best art and music comes from people with a lot of emotional depth! 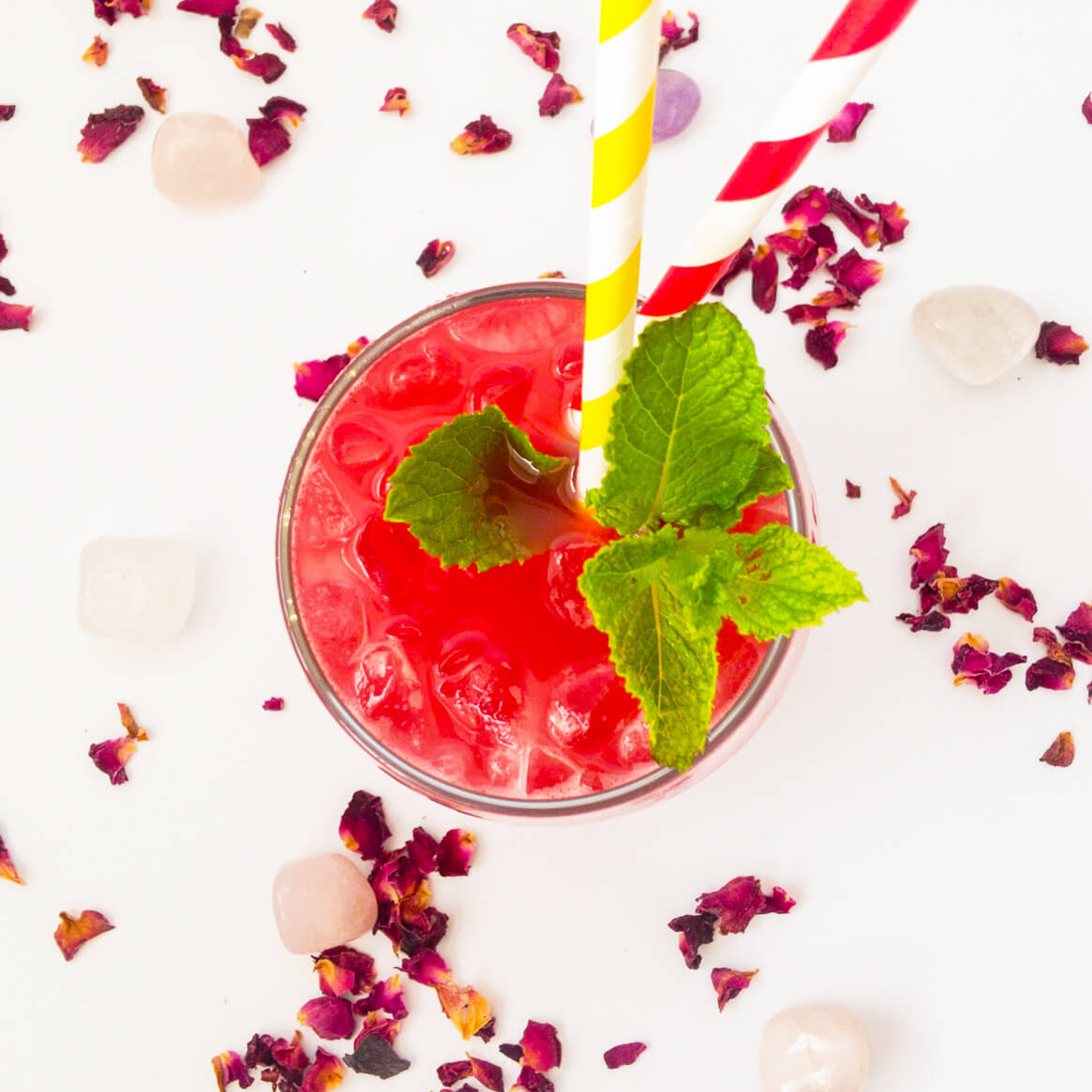 Hi! Phew – so glad I’m not the only one here… If you’re interested in yummy vegetarian & vegan recipes, self-growth, and esoteric topics such as the law of attraction and astrology, you’re in the right place. Grab a coffee and chill a while! 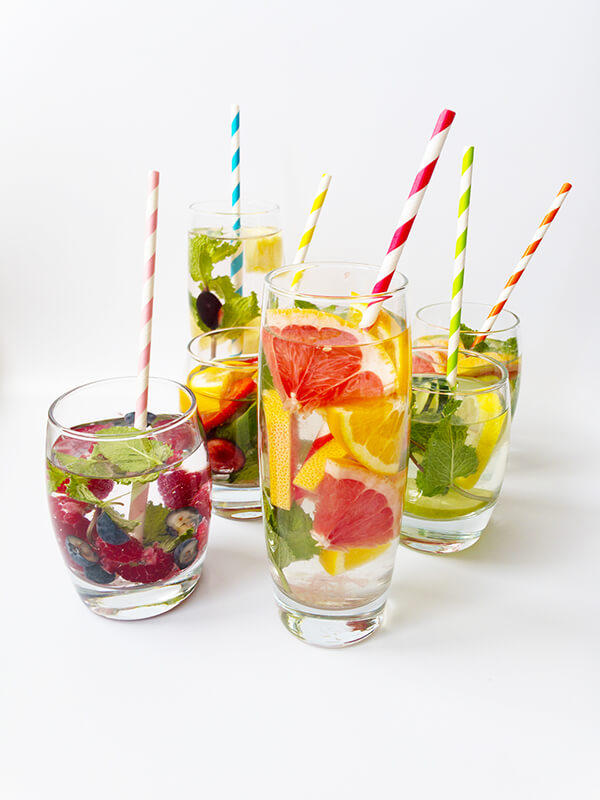 You cannot copy content of this page
0shares
We use cookies to ensure that we give you the best experience on our website. If you continue to use this site we will assume that you are happy with it.Ok