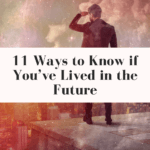 Maybe things seem a bit backward to you at times.

This could be because you might have experienced incarnations in the future, where societal beliefs, ideologies, norms, values, and technologies may have been more advanced.

This is hopefully where we’re heading to, but coming back to a time where all of what you have already experienced is just developing now may sometimes feel a bit weird.

Many Souls have also recently been incarnating on Earth from the higher dimensions or planets that are more spiritually and technologically developed.

Maybe you’re one of them! Read on to gauge if you might be…

This is quite a big one for many sensitive and empathic people. It’s also something that I often personally struggle to understand.

Was it really necessary for John Doe to shout at the cashier for accidentally shortchanging him by ten cents? Why did Jane Doe to leave negative feedback on eBay for that order that arrived a day late due to bad weather? Would it be asking too much for the neighbors to stop playing loud music past midnight on weekdays?

You might feel perpetually confused by the lack of consideration, understanding, and compassion people so often seem to display for one another, especially in large cities where people can sometimes come across as being quite self-focused and preoccupied.

Things like rudeness, littering, and spitting on the sidewalk, can also really bug you. You might think it demonstrates antisocial, inconsiderate thinking and you just don’t get why some people act this way. Surely, it’s not that difficult to be reasonable, pleasant and considerate most of the time?

RELATED: How to Spot a Lightworker

2. You Don’t Get Why Our Crumbling Environment Isn’t Being Effectively Dealt With

We live on this planet, right? And we don’t have a spare one, right? It’s just this one…

So you think we should probably be taking way better care of it but that just doesn’t seem to be happening; we’re still rampantly burning fossil fuels, not recycling as much as we should be, and we’re quickly filling up our beautiful oceans with plastic waste.

If we continue down this path of destruction, it’s estimated that in around 40 years’ time, we may not have any fossil fuels left to use and our atmosphere will be even more polluted and our Ozone will be even more depleted. Yet there doesn’t seem to be much happening to avoid this.

You just don’t get it.

3. Treating Animals Poorly Is Completely Bizarre to You

Why do some people do that? How are they able to? You just don’t get it.

Animals, especially domesticated animals such as cats and dogs, are loving and mostly completely defenseless creatures. They place their faith in us to feed and take care of them so it seems unspeakably cruel to neglect or abuse them.

You might not be much of a fan of anything that contains animal products. Maybe you’re leaning towards Vegetarianism or perhaps you prefer to avoid them if you can or maybe you’re outright against them.

You’ve tried, but you’ve failed; these fairly common prejudices are just completely alien to you.

Why would you dislike someone because of their race, age, gender, or sexual orientation? These are things that simply can’t be helped. They aren’t choices.

We’re all different and while it’s fine to dislike someone’s personality, it’s never right or okay to dislike them for something that’s totally out of their control.

It can sometimes feel like other people are just too cold and insensitive to get to know better or stay connected to if they’re very prejudiced against others.

5. You Sometimes Feel Worried and Insecure About Illnesses

I know this is a weird one, but you might possibly view Western medicine today as being a bit on the primitive side and worry about it being able to help you if and when you get sick.

I know I sometimes do!

I sometimes feel like we should have already found cures or effective treatments for diseases like the common cold virus, the Herpes Simplex viruses, and so much more.

While there have been some absolutely wonderful advancements in medicine, it seems that we have a very long way to go before many of the most common ailments and diseases are wiped out.

6. You Don’t Think Technology Has Advanced Much

Have you ever looked at a brand new piece of technology and felt that it was already obsolete? Have you also ever thought that it feels like we’re still stuck in the 1950s in some regards albeit with little gadgets like smartphones and Alexa.

I for one have always felt like technology just isn’t quite as advanced as it could be, or even should be for our times.

7. You Question Why Everything Still Runs Mostly on Fossil Fuels

Shouldn’t we have found other mass power sources by now and actually be using them? Most cars, trucks, vans, coaches, and buses still run exclusively on fossil fuels.

Yes, there are vehicles that are powered by electricity but maybe we could have more of them?

You might like to see more cycling lanes and a better alternative to diesel and petrol-powered vehicles.

8. You Wouldn’t Hurt a Fly, but Sometimes You Feel Livid Towards Other Humans

It’s a bit paradoxical; you have such great love for all living things and only ever wish to get along with others but you often can’t comprehend the poor behavior of other people and it can sometimes make you see red.

9. You Often Question the System

You really want to love everyone, wear your heart on your sleeve, be free to explore the planet and other people’s minds but you feel you can’t because you have to stick to a job that you might not even like much just to keep up with all your bills.

Who says that you HAVE to go to College and immerse yourself in insurmountable debt by the tender age of just twenty-something?

Why are homes so incredibly expensive relative to most annual incomes?

At times, it can feel like there are so many things that seem to be wrong with the world, even in the West.

It feels like living should be easier, more fulfilling and peaceful. We weren’t designed to commute for two hours every morning in bad weather on packed trains and buses and work long hours in jobs we hate until the day we die.

It just intuitively feels wrong and you’re puzzled as to why more people aren’t questioning the system — and trying to change it.

You might often find large gatherings of people too noisy, overwhelming and unpleasant.

You may prefer to spend time alone with your friends, family, kids, pets or other loved ones and avoid places where large amounts of people congregate such as shopping malls, sports stadiums, or even parties (especially where you don’t know most of the people there).

You feel it might be nicer to go through life in gentler environments that are perhaps also more in tune with nature.

11. At Times, You Think This Planet Has Waaay Too Many Issues

Overall, you might be happy here and very grateful for what you have but ultimately, at times, you feel this planet has a lot of issues that you often find confusing.

You understand that positive changes take time to come about but it can seem like we’re moving pretty slowly.

Nevertheless, a lot of change for the better has happened and is happening; there’s far less racism, xenophobia, misogyny, and homophobia around than there was a mere 30 years ago, most countries have perfectly good sewage systems, we’re no longer hanging people, and ‘witches’ are no longer being burned alive at the stake.

And I really do think that we’ll see so many more developments within ourselves, one another and technology in the not so distant future.

7 shares
Previous Post: « Why Do Lightworkers Suffer?
Next Post: 10 Quick and Easy Ways to Raise Your Vibration »